We work to protect people wherever justice, freedom, truth and dignity are denied. Currently the world’s largest grassroots human rights organization, we investigate and expose abuses, educate and mobilize the public, and help transform societies to create a safer, more just world. We received the Nobel Peace Prize for our life-saving work.

Stokes Early College Amnesty International was founded in 2010 by students at Stokes Early College High School in Walnut Cove, N.C. We have participated in a host of human rights events including the yearly Write4rights, One Billion Rising, Red Hand Day, and Democracy in Syria. We have nearly forty members and are one of the few active high school Amnesty International student groups in North Carolina.

Our vision is of a world in which every person – regardless of race, religion, ethnicity, sexual orientation or gender identity – enjoys all of the human rights enshrined in the Universal Declaration of Human Rights (UDHR) and other internationally recognized human rights standards. The UDHR states that the "the recognition of the inherent dignity and of the equal and inalienable rights" of all people is "the foundation of freedom, justice and peace in the world."

Amnesty International unites people from all over the world to fight for human rights using our signature tactics:

Research
Amnesty International keeps vigilant watch on the rights of people around the world and publishes hundreds of independent reports based on our rigorous research, free of corporate and government influence.

Action
Through our dynamic campaigns and long-term casework, Amnesty International members propel key human rights concerns and stories of individuals at risk into the glare of the international media and demand the attention of government officials, corporations, international institutions and policy makers.

Author J.K. Rowling (Harry Potter series), who once worked in Amnesty International's research department, describes our work this way: "Ordinary people, whose personal well-being and security are assured, join together in huge numbers to save people they do not know, and will never meet. My small participation in that process was one of the most humbling and inspiring experiences of my life."

Human rights are basic rights and freedoms that all people are entitled to regardless of nationality, sex, national or ethnic origin, race, religion, language, or other status.

The Universal Declaration of Human Rights (UDHR) is the foundation of the international system of protection for human rights. It was adopted by the United Nations General Assembly on December 10th, 1948.  This day is celebrated annually as International Human Rights Day. The 30 articles of the UDHR establish the civil, political, economic, social, and cultural rights of all people. It is a vision for human dignity that transcends political boundaries and authority, committing governments to uphold the fundamental rights of each person.  The UDHR helps guide Amnesty International's work.

We also use these principles to help us define human rights and the issues we relentlessly fight for. 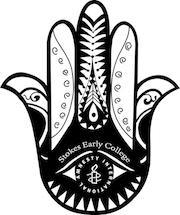